When you book with an account, you will be able to track your payment status, track the confirmation and you can also rate the tour after you finished the tour.
Sign Up
674

Iran, once known as Persia, has a rich history and culture that makes it stand apart from other nations. However, besides for the historical sites and monuments, Iran has some incredibly interesting facts, customs, and practices that you won’t find anywhere else.

Arrival to Tehran International Airport (IKIA) there you will Meet our Travel Agency representative to be transferred to the hotel. Check in will be at 2:00 pm and check out will be at 12:00 pm.

The magnificent Golestan Palace, a world heritage site located in the south of Tehran right next to the Bazar. Agha Mohammad Khan of the Qajar dynasty chose Tehran as his capital. The Golestan palace became the official residence of the Qajar dynasty. Almost this entire complex was built during the 131 years rule of the Qajar kings. These palaces were used for many different occasions such as coronations and other important celebrations.

The National Museum of Iran was opened in 1937. The building was designed by a French architect, André Godard and even today is one of the most attractive modern buildings in Tehran.

Today we will take you to Masouleh.

Masouleh architecture is unique. The buildings have been built into the mountain and are interconnected. Courtyards and roofs both serve as pedestrian areas similar to streets. Masuleh does not allow any motor vehicles to enter, due to its unique layout. It is the only city in Iran with such a prohibition. The first village of Masuleh was established around 1006 AD, 6 km northwest of the current city, and it is called Old-Masuleh (Kohneh Masuleh in Persian). People moved from Old-Masuleh to the current city because of pestilence and attacks from neighboring communities.

If time permits, we will visit Gilan Rural Heritage Museum on our way to Masouleh.

Today we will take you to Rasht.

Rasht is known as the “City of Rain” and historically, Rasht was a major transport and business center which connected Iran to Russia and Europe. Therefore, it was known as the “Gate of Europe”.

After that, we will take you to Anzali.

Today we will visit Anzali Lagoon and then we will take you to Ardabil.

Ardabil is an ancient city in northwestern Iran and is known for its trade in silk and carpets. Ardabil is also home to a World Heritage Site, the Ardabil Shrine, the sanctuary and tomb of Shaikh Safî ad-Dîn, eponymous founder of the Safavid dynasty.
Sheikh Safi-ad-din Is’haq Ardabili was the Kurdish and founder of the Safavid dynasty and son in law of the great Sufi Murshid (Grand Master) Sheikh Zahed Gilani.

Today we will take you to Tabriz.

Tabriz is the largest economic hub and metropolitan area in Northwest Iran. The city is famous for its handicrafts, including hand-woven rugs and jewelry. Tabriz contains many historical monuments, representing Iran’s architectural transition throughout its deep history. Among these sites is the grand Bazaar of Tabriz, which is designated a World Heritage Site.

In Tabriz we will visit:

The Bazaar of Tabriz which is a historical market situated in the city center of Tabriz. It is one of the oldest bazaars in the Middle East and the largest covered bazaar in the world. It is one of Iran’s UNESCO World Heritage Sites.

Today in Tabriz we will visit:

The Blue mosque which is a famous historic mosque in Tabriz, constructed upon the order of Jahan Shah, the ruler of Kara Koyunlu. Based on an inscription on the mosque’s portal the construction ended in 1465. The main feature of this great monument is its unique architecture and amazing tile works and it was titled Firouzeh Islam (Islam’s turquoise).

Azerbaijan Museum is the major archaeological and historical museum in Tabriz. It was established in April 1958. Apart from National Museum of Iran in Tehran, Azerbaijan Museum has the largest collection belonging to different periods of Iran’s history.

El Gölü, also known as Shah Gölü is the name of a large historic park containing an artificial lake in south east of Tabriz. In the middle of the lake, a building representing the traditional architecture of Tabriz is located. It seems that the lake originally was used as a water resource for agricultural purposes. During Qajar dynasty when Tabriz used to be the residence of crown prince of Iran, there was an artificial island with a small palace in the middle of the lake which was used as a royal summer palace for the royal family.

Today we will take you to Kandovan.

Kandovan is a village in Sahand Rural District, East Azerbaijan Province. This village exemplifies manmade cliff dwellings which are still inhabited. The troglodyte homes, excavated inside volcanic rocks and tuffs similar to dwellings in the Turkish region of Cappadocia, are locally called “Karaan”.

Today we will take you to Zanjan.

Zanjan was built by Ardashir I, the first king of the Sassanid Empire and named as “Shahin”. Zanjan is known for its beautiful handcrafts such as knives, traditional sandals, called charoogh, and Malileh, a handcraft made with silver wires.

In Zanjan we will visit:

Historical Edifice of Rakhtshooy Khaneh which translates to wash-house, lies at the historical texture of Zanjan city and was built nearly in the 20th century. This historic building is currently being used as Zanjan Anthropological Museum.

Saltmen Museum of Zanjan, is a name which has been given to six mummified discovered in Chehrabad salt mine.

If time permits, we will visit Bazar in Zanjan.

Today we will take you to Qazvin and we will visit Soltanieh dome on our way.

The central magnet of Soltaniyeh’s several ruins is the Mausoleum of Il-khan Öljeitü also known as Muhammad Khodabandeh, traditionally known as the Dome of Soltaniyeh. It is one of the largest brick domes in the world and the third largest dome in the world after the domes of Florence Cathedral and Hagia Sophia.

Qazvin was a medieval capital of the Safavid dynasty for over forty years (1555-1598) and nowadays is known as the calligraphy capital of Iran.

In Qazvin we will visit:

Chehel Sotoun, a Safavid pavilion located in Qazvin which stands amid gardens in the central square of the old city.
The Caravanserai of Sa’d al-Saltaneh is a large Caravanserai built during the Qajar era and the caravanserai is one of Persia’s best-preserved urban caravanserais.

Finally, we will take you to Tehran. 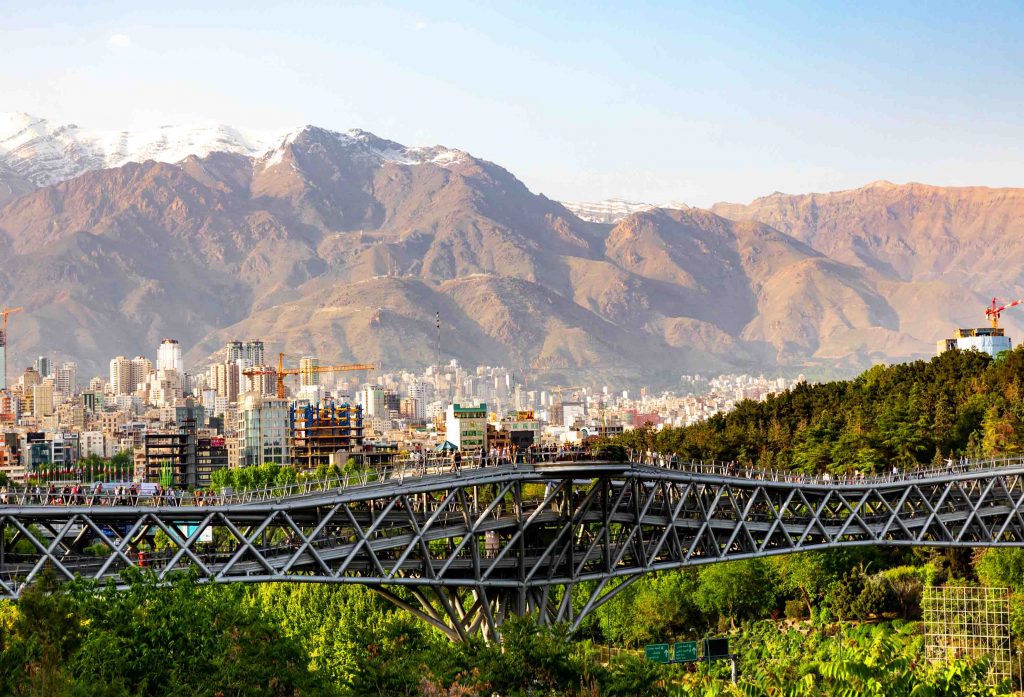