When you book with an account, you will be able to track your payment status, track the confirmation and you can also rate the tour after you finished the tour.
Sign Up
1154

Saffron is the most expensive spice in the world! And it’s taken from a beautiful purple flower named Crocus Sativus. So, there is No wonder that saffron is called Red Gold!

Since the Achaemenid dynasty up to now, Saffron was known as a luxury spice and it plays the main role in delicious Persian food and sweet recipes. It is said that people used to throw saffron flower to welcome and greet kings’ arrival.

Almost 90 percent of the world’s saffron is produced in Iran and it has traditionally been grown in Khorasan, an area in the north-east of Iran. Cultivating and growing saffron takes so much effort, time under those circumstances, only those who love Saffron farm works can do the job. Saffron flower blossoms flourish in Autumn, November and Early December. The harvesting saffron flowers should be by hand and before the sunrise.

As a result, tourists who intend to join Iranian Saffron Tour, will take part in picking up saffron flowers, detach the stigma from the flowers and make some delicious Iranian foods.

Tourist who are interested to join Iranian Saffron Tour, can visit Iran Saffron Farms, take part in picking saffron flowers up, detach the stigma from the flowers and make some delicious Iranian foods with Saffron spice.

Mashhad is Iran’s holiest and second-largest city, it is famous for having the Shrine of Imam Reza which is one of the most beautiful pilgrimage sites in the world. Today we will visit Imam Reza’s holy shrine, Naderi Museum (The Tomb of Nader Shah is a monument in Naderi Garden Museum in Mashhad) and have evening excursion at Reza Bazaar.

In the morning we will take you to Torbat-e Heydarieh.

The name Torbat in Persian means Burial place; thus, the name of the city means Burial Place of Heydar named after Qotboddin Heydar a Sufi mystic whose tomb lies in the heart of the city.

This city is famous for its Saffron lands and has the first rank in the world for producing Saffron or Zafaran in Persian.

Early in the morning, we will take you to the Saffron field. We will accompany the local women folk for a morning of saffron picking and have our breakfast in the field. It will be one of the most unforgettable breakfasts of our life.

After breakfast, we will visit the women folk in their homes while they are separating the saffron stigma and we will see the traditional process of preparing the saffron. Then we will visit a modern, mechanized saffron processing facility. We will have lunch at a local family home and will see the way of life, culture and hospitality of the people of this land.

Today we will take you to Gonabad and will visit Ghasabeh Qanat.

Gonabad is mostly well-known because of the Gonabadi Dervishes and for its Qanats, also known as Kareez. It is one of the most important producers of saffron in Iran and the other agricultural products include: grape, pistachio and pomegranate. Some of the longest and oldest Qanats of the world are located in Gonabad.

Ghasabe Qanats of Gonabad (aqueduct) is called Kariz Kai Khosrow and one of the greatest and deepest hydraulic systems in the world built between 700 BC to 500 BC. This site was first added to the UNESCO’s list of tentative World Heritage sites in 2007, then officially inscribed in 2016 with several other Qanats under the World Heritage site name of “The Persian Qanat”.

Then we will visit Seno village near Gonad.

Seno has an interesting Saffron museum. In this museum, old tools and gadgets and planting process and harvest of saffron are shown to public, and visitors can closely observe planting steps and harvest natural saffron. Saffron Museum is designed in the space of an old bath of the Safavid era.

Today we will take you to Tabas and will visit Boshroyeh on our way.

Boshruyeh is an important agricultural region in the South Khorasan Province. Lots of people are involved in this field. The main products are cotton, wheat, saffron, barley, caraway, pistachio, melon and watermelon. In this city, agriculture is based on underground water. This implies that farmers are using powerful engines to bring water out.

We will also visit Saffron farms in this region.

Tabas is a desert city with lots of date and citrus trees. It has a 300-year-old public garden, (Baghe-golshan). There is also a shrine in Tabas that is visited every year by thousands of pilgrims. The history of Tabas dates back to pre-Islamic times. It was an important outpost of the Sassanid empire and during the Arab invasion it was considered the gateway to Khorasan.

Then we will take you to Yazd and visit Kharanaq village on our way.

Kharanaq Village is in the middle of the desert, where we think everything ends only in the sand dunes. We will encounter a mountainous region that holds a historic village in its hug. An incomparable example of the mud-brick village that attracts many tourists from all over the world with its 4500-year-old history. The Kharanaq in literature means, the birthplace of the sun. 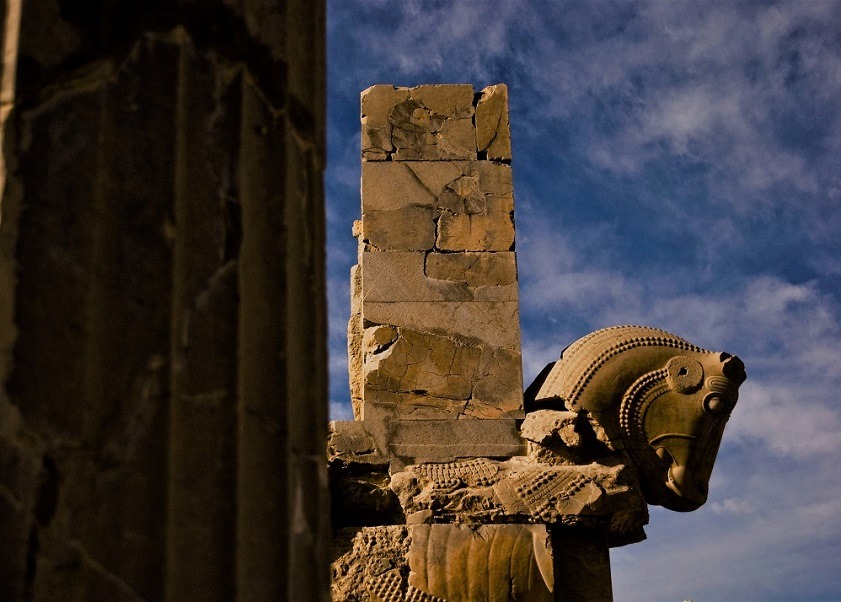